Athens was the measuring stick. If you lived in ancient Corinth, for example, you might hear someone say: "Our schools are good as those in Athens." Several city-states were famous for their textiles, arts, sciences, drama, but most, except for Sparta and possibly Corinth, recognized that Athens was the shining star. (Corinth was a highly respected city-state. Sparta was famous for military strength. Even Athens agreed with that.)

The ancient Greeks believed that each city-state had one or two gods keeping a special eye on that city-state. The god in charge of Athens was Athena, goddess of wisdom. The city of Athens was named after their special goddess.

Education was very important in Athens. From their mothers, girls learned how to cook and sew and run a home, and how to be a good wife and mother. Boys went to school. They memorized poetry and learned to play a musical instrument, usually the lyre. They studied public speaking and drama and reading and writing. Sons of nobles went to high school - four more years of learning about the sciences and the arts and politics and government. 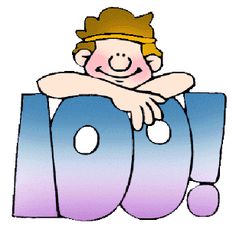 Each city-state in ancient Greece had their own form of government. Most city-states, like Corinth, were ruled by kings. Some, like Sparta, were ruled by councils, a small group of people. But for about 100 years, ancient Athens was ruled by direct democracy! It was an experiment. It didn't last long, but the invention of democracy is one of the most important gifts we received from the ancient Greeks.

Citizens of Athens had many rights, including the right to stand trial and the right (when Athens was a direct democracy) to vote. But not all people in ancient Athens were citizens. Originally, a free male would be a citizen if his father was a citizen. But Pericles changed that rule in 450 BCE. The new law stated that both father and mother be Athenians for a child to be an Athenian. Out of the Athenians, only men had full citizenship. Women had partial citizenship, which basically meant they had few if any rights. Pericles changed this rule to give Athenian women more status. It worked. Even though Athenian women had no power of their own, their status as an Athenian made them more likely to contract a good marriage.

A Day in the Life of Ancient Athenians (youtube, animated)

The Court of Athens (Justice System)